Smokers-turned-vapers are bound to tell you about all the ways in which they feel better since dropping their packs. Mainstream media is bound to tell you that e-cigarettes are just as bad for you as the real thing. Where does the truth lie? Ignoring this tug of war between heartfelt personal anecdotes and sensationalistic headlines, science can offer us some objectivity.

The Constituents of Vapor

In all practicality, an e-cigarette is nothing more than a battery and a heating element. The real concern (if any exists) should be directed at the liquid solution. In the vaping world, this solution is referred to as “e-liquid” or “e-juice.” It is comprised of three main ingredients: propylene glycol USP, vegetable glycerin USP, and liquid nicotine.

Propylene Glycol (or PG) is a colorless, odorless, and viscous liquid that is widely used in pharmaceuticals, cosmetics, food preparation, and industrial applications. It is “generally recognized as safe” by the FDA. Given its wide berth of applications, humans unknowingly ingest it, inhale, and absorb it through their skin on a regular basis. It is present in medicine, soap, shampoo, ice cream, baked goods, soda, dog food, fog machines, and a great deal more. The oft-repeated argument that “PG is harmful because it is antifreeze” is a false analogy. Antifreeze is any chemical that lowers the freezing point of a water-based liquid. Some of these chemicals are toxic, and some of them are not. PG is not. Because of its non-toxic nature, PG is used as antifreeze in food-processing plants and water pipes, where accidental ingestion is inevitable. If PG is safe to touch and swallow, is it also safe to inhale? A 1997 report on the toxicology of PG vapor concluded that even at concentrations higher than those found in theatrical fog machines, inhaling PG caused no need for concern.  In another study of aerosolized PG, researchers found that inhaling the chemical at saturation point caused no harm. A comprehensive assessment of all existing medical data concluded that PG did not present any health hazards, and that no further research was required. The only notable negative effect of the chemical seems to be a benign irritation of the throat and lungs, which users can avoid by switching to a 100% VG blend.

Vegetable glycerin (VG), also known as glycerol, is a naturally occurring chemical comprised of vegetable fats. It is similar to PG in many regards, and has many of the same applications (pharmaceutical, consumer, food, etc.). It is considered even safer by the FDA, who classifies it as a caloric micronutrient authorized for human consumption. Because of its taste, VG is used as a sweetener and moistener in many edible products. Due to its low freezing point, VG is also used as non-toxic antifreeze in cases where human contact is possible. VG’s benign nature does not seem to alter in vapor form. In one study, researchers subjected rats to inhaling high concentrations of VG vapor for 6 hours a day for 10 days, and found no damage to the lungs, liver, kidney, brain or heart. The same study also reported no systemic effects at the highest dose tested. These results were mirrored in a further study by the same authors. Some research indicated that continuous inhalation of extremely high concentrations of VG vapor may lead to mild squamous metaplasia in subjects (a benign, reversible, and non-cancerous change in cell-lining of the upper-respiratory tract). This however only occurred after an extended period of time (more than a week) of impractically constant inhalation. A screening information dataset concluded that the harmless nature of VG made it a low priority for further research. Vegetable Glycerin is conclusively non-toxic, non-carcinogenic, and non-mutagenic.  In fact, it cannot even be classified as an irritant. At the concentrations found in vapor, even heavy vapers are safe.

Much like caffeine, nicotine is a naturally occurring alkaloid with pesticidal qualities. Both of these chemicals are stimulants when taken at low dosages, and are dangerously toxic at high dosages. They are both highly addictive. The biggest difference between the two alkaloids is public perception. Nicotine is negatively perceived because of its association with tobacco. What many people do not know, however, is that nicotine is not responsible for the adverse effects of tobacco smoking. Nicotine does not cause cancer. It does not cause emphysema. Nor chronic bronchitis. It is but one of 4000+ chemicals found in tobacco smoke, many of which are indeed harmful and carcinogenic. Nicotine isn’t even the sole reason cigarettes are so addictive. Recent studies have found that monoamine oxidase inhibitors (MAOI) in tobacco are partly responsible for addiction rates, and reinforce the addictive properties of nicotine. Used without tobacco, in reasonable dosages, nicotine is actually quite harmless. In a 1996 study, researchers exposed rats to a concentrated nicotine aerosol for 20 hours a day, five days a week, for two years. Although the researchers induced twice the plasma concentration in rats than is found in heavy smokers, they “could not find any increase in mortality, in atherosclerosis or frequency of tumors in these rats compared with controls.” The research concluded that nicotine was not harmful when inhaled in its pure form.

Now that we have established the relative safety of intended e-liquid constituents, the remaining concern is outside contaminants. Recent headlines have insinuated that the existence of contaminants in e-liquid made e-cigarettes as dangerous as tobacco. But this could not be further from the truth. While it is true that contaminants may be introduced into e-liquid during the manufacturing process, the concentrations these contaminants are present in are of little concern. Utilizing data from over 9,000 observations of e-liquid contents, a Drexel University study found “no evidence that vaping produces inhalable exposures to these contaminants at a level that would prompt measures to reduce exposure by the standards that are used to ensure safety of workplaces.” In other words, of all the accessible data regarding contaminants in e-liquid, even the worst-case scenario presented no risk according to established workplace exposure limits.

Despite oft-repeated claims that we lack the research to determine the safety of e-cigarettes, all of their components and constituents have been extensively studied for decades. If we are dealing with facts and looking to science, we can safely conclude that e-cigarettes are not only much safer than tobacco products, but are also relatively harmless by their own accord.

More from our blog 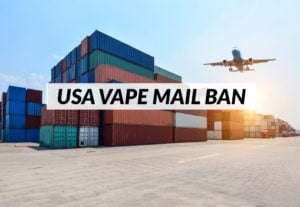 Shipping to the US

Last day to place an order with DHL DHL Express/Upgrade March 25, 2021 11:00am EST cut-off Days Hours Minutes As you may have already heard,

How to choose The Best Vape?

New to vaping? Perfect we were all smokers who switched to vaping at some point in our life. The only difference is that when we 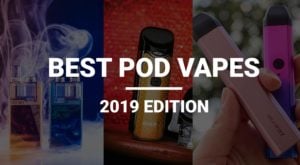 Get the latest news and updates from our Vape Community straight to your inbox.

ARE YOU AN ADULT?

Are you over the age?